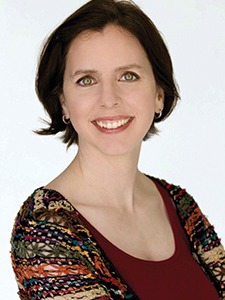 Gabrielle is a writer/director/actor whose current directing project as director is the documentary KINGS, QUEENS, AND IN-BETWEENS, on the fluidity of gender identity as seen through the window of drag queens and kings in Columbus, Ohio. In addition to her roles as director, writer &/or producer on FSP projects, she is a grant recipient for filmmaking from numerous midwestern organizations, is a guest speaker at film festivals and universities, and won the 2013 Ohio Arts Council’s Artist of Excellence prize for filmmaking. In prose and poetry, Burton won the 2015 OAC AOE award for poetry, the Common Ground Review’s prize for best poem of 2014, the Thomas A. Wilhelmus award from Southern Indiana Review for best non-fiction essay 2013 for “East of East” about the giant turtles of Malaysia. She was a finalist for the 2014 Hawaii Review’s Ian MacMillan Awards in poetry, and has just been awarded the 2015 Ohio Arts Council’s Individual Excellence Award for poetry. Gabrielle’s poems have appeared in the New Delta Review, Connecticut Review, Superstition Review, the Los Angeles Review, and the anthology “The Burden of Light.” In playwriting, Burton wrote and directed the full length plays SAGE AND TIME and CLUB VENUS at the ART’s Loeb Ex theater, and was featured on the Voice Of America program and in the Harvard CRIMSON as a talented young artist. She was awarded summa cum laude for her creative writing thesis “Where The Best Is Like The Worst.” A work-study scholar at the Bread Loaf Writer’s Conference, Gabrielle was invited back as staff. She worked on the television program LAW & ORDER, where she trailed two directors in their director training program. After an Isobel Briggs scholarship to study music at Berklee College of Music, she won a Rotary Scholarship to study film at the Ecole Superieure d’Audio-Visuel in Toulouse, France, where she received a DEUP degree with High Honors for her work. SAGE AND TIME, one of the shorts she wrote and directed, was selected for the La Corrida International Film Festival in France. Gabrielle was invited as the opening night speaker to show MANNA FROM HEAVEN at La Corrida’s 10th film festival. She is heavily involved in political grassroots activism, was a guest at the Columbus Arts Festival reading her poetry, and is presently also writing a children’s book. Gabrielle also acts in commercials and films, including a role with Channing Tatum in last year’s oscar film FOXCATCHER. Her TEDx talk on gender, parenting, and drag performers was selected by TED to be in their curated playlist on gender: click here to view the talk, and she has just received a Wexner Artist Residency to work on her next film about parenting and gender called “Drag Queens Made Me A Better Parent.”