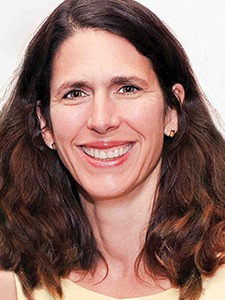 Jennifer is a Professor of the Practice in Film at Tufts University.  With her company, FIVE SISTERS PRODUCTIONS, Jennifer has just finished producing the new documentary on gender and drag, KINGS, QUEENS, & IN-BETWEENS.  Her prior feature films include MANNA FROM HEAVEN, which screened for the US Congress, was chosen by the Toronto Film Festival Group to open theatrically across Canada on its Circuit Series, and was distributed by MGM.  Working with Tufts student filmmakers, she is producing the HALF THE HISTORY project, a series of short films on women in American history.  The latest in the series (HALF THE HISTORY: Three Short Films on Abstract Expressionism) centers on Joan Mitchell, Helen Frankenthaler, and Elaine de Kooning.  Jennifer earned her Ph.D. from Harvard University in English and American Literature, writing her dissertation on hope in American literature and film.  Her publications include Call and Response: Key Debates in African American Studies (W. W. Norton), co-edited with Henry Louis Gates, Jr., and The Prize Plays and Other One-Acts: Zora Neale Hurston, Eulalie Spence, Marita Bonner, and Others (Macmillan/G.K. Hall).