Just when insurance analyst Peter is ready to pop the question, his girlfriend dumps him. Then he meets Rebecca and thinks he’s found the perfect woman, but she’s engaged to another guy. Will Peter settle for being just friends? His best friend Tom doesn’t think so. His old girlfriend knows he can’t. And his boss, Mr. Barton, is such a stickler, Peter has no time to realize he’s falling in love with his new best friend.

This first feature from director MARIA BURTON and FIVE SISTERS PRODUCTIONS (Temps, Manna From Heaven, The Happiest Day Of His Life) is a funny and perceptive romantic comedy about the quirky world of dating.

There’s a light entertaining romantic comedy about commitment in the ‘90s hiding out in “Just Friends.” This sweet-natured indie production… reveals first-time director Maria Burton as talent to watch.

Peter (Anthony Palermo) is an L.A. stockbroker pushing 30 who has just been dumped by his girlfriend of three years, Danielle (Barbara Alyn Woods). Feeling at a crossroads in every facet of his life, he falls for Rebecca (Anita Barone), who has the unfortunate problem—for him—of being engaged. She’s new in town and her beau won’t be in L.A. for another month. She and Peter decide to be “just friends,” but it becomes obvious to all that Peter’s carrying a torch for her.

Pic becomes a comment on the single life as Peter becomes increasingly desperate, his friendship with Rebecca seemingly the only thing in his life that works. Script by Chuck Rose offers some wry characterizations and clever running jokes, including the fact that everyone seems to be rejecting Peter in favor of someone named Roger.

Palermo and Barone are engaging as the couple destined to get together. Supporting cast of young talent is also a plus, with Tim Bohn and Allen Lulu amusing as Peter’s friends. 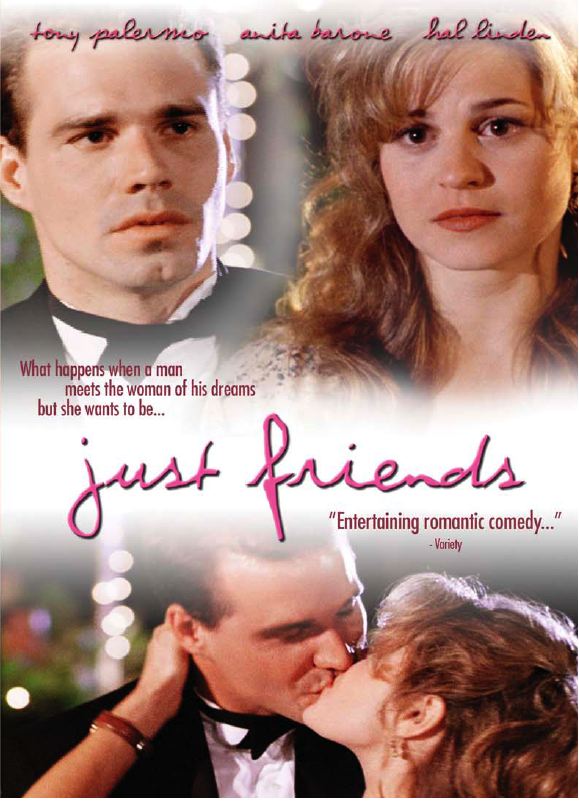