Five Sisters produced this film version of Julia Sweeney’s fascinating and highly acclaimed one-woman stage show LETTING GO OF GOD, a thought-provoking movie about religion in our times and Sweeney’s quest for spiritual clarity. Working with award-winning cinematographer Nancy Schreiber, Maria orchestrated four cameras shooting two live performances. LGOG chronicles Sweeney’s spiritual journey through humor and poignant contemplation — from Bhutan to her local Starbucks, from Sunday school to Deepak Chopra, and from Catholicism eventually to atheism. The New York Times said, “Searing and bracingly funny… ‘Letting Go of God’ is refreshingly unrancorous, lucid, and yes, inspirational”; and the LA Times called it, “Brave, hilarious. Letting Go Of God is a gale-force breath of fresh air into the mostly politic dialogue about religion in our time.”

Sweeney is well known for her work on Saturday Night Live, including “androgynous Pat” which led to the film “It’s Pat.” She has written three one-woman shows/monologues, including the Grammy nominated “And God Said, Ha!” which talks about her taking care of her brother as he battles cancer while she is diagnosed with a rare form of cancer. Maria will direct another Julia Sweeney monologue called “In the Family Way,” which deals with her adopting a Chinese daughter. 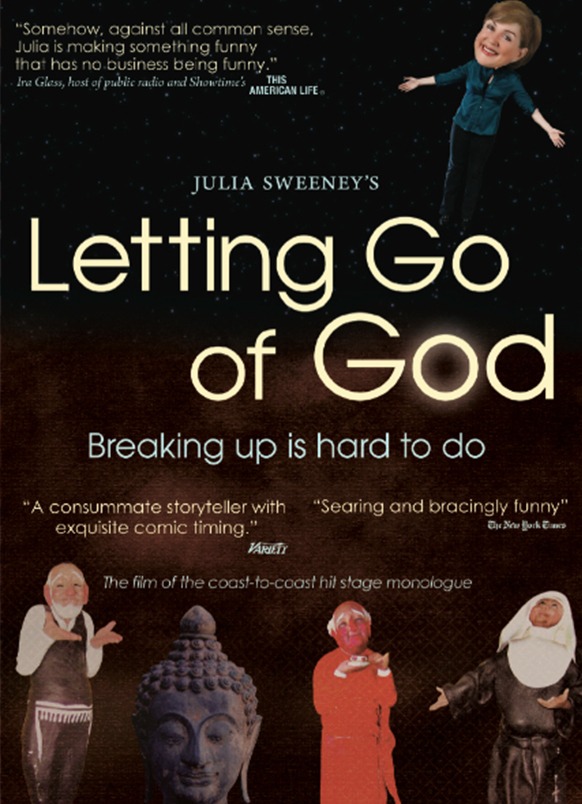