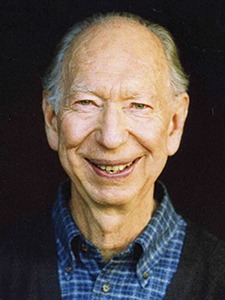 Beginning his acting career at age 75, Roger acts regularly in television shows (SHAMELESS, TORCHWOOD, THE JAY LENO SHOW, WILFRED, THE GEORGE LOPEZ SHOW, MONK, MY NAME IS EARL, HOUSE, AMERICAN IDOL), national commercials, and films (including PLEASE STAND BY, LARRY CROWNE, MANNA FROM HEAVEN, THE HAPPIEST DAY OF HIS LIFE, and Trimark’s CHAIRMAN OF THE BOARD). From age 11, Roger worked as a professional jazz musician, playing with such legends as Peggy Lee, Hoagy Carmichael, and Nat King Cole. He continued to work as a professional musician while getting Bachelors and Masters degrees from the University of Southern California, and a Ph.D. in developmental psychology from Harvard University. Maintaining his music career on the side, he pursued an academic career and became a research psychologist, working with figures like Piaget, running a lab at the prestigious National Institute of Mental Health in Bethesda, Md., from 1959 to 1974, and becoming a professor in the psychology dept. at the Univ. at Buffalo from ’74 to 2000. Roger has lectured all over the world on his work on child development and moral reasoning. Moving to Los Angeles with his wife for her screenwriting career, he joined Five Sisters Productions and was quickly and delightfully surprised when he was “discovered” at a Hollywood party for his remarkable, appealing face, which has led to his job now on the large and small screen.