SIGN MY SNARLING MOVIE is a witty feature-length documentary about the popular a cappella singing group, The Bobs. SMSM charts the history of the cult favorite Bobs, as they rise from the ashes of San Francisco’s Western Onion Singing Telegram Company. Known for their vocal pyrotechnics, witty tunes, musical brinksmanship, and amazing live shows, the band evolves as they gain an audience, get nominated for a Grammy, tour the world, and manage to thrive for 25 years with no major label support, no hit records, and no instruments. The documentary features music from the Bobs’ 25th anniversary concerts in Berkeley in 2006, rare and never-before-seen archival footage, new interviews with all eight current and former band members, fan interviews, and other surprises. Running time: approximately 87 minutes plus 45 minutes of bonus material on the DVD.

“A fascinating look at the history of The Bobs. If you know the group, all I can say is Get This Movie. If you don’t know them, they are an a capella group that has performed to great applause and acclaim all over the world since their founding in 1981. This is a look back on their beginnings and career, featuring interviews and performances from throughout their history.”
-Brett Bydairkon 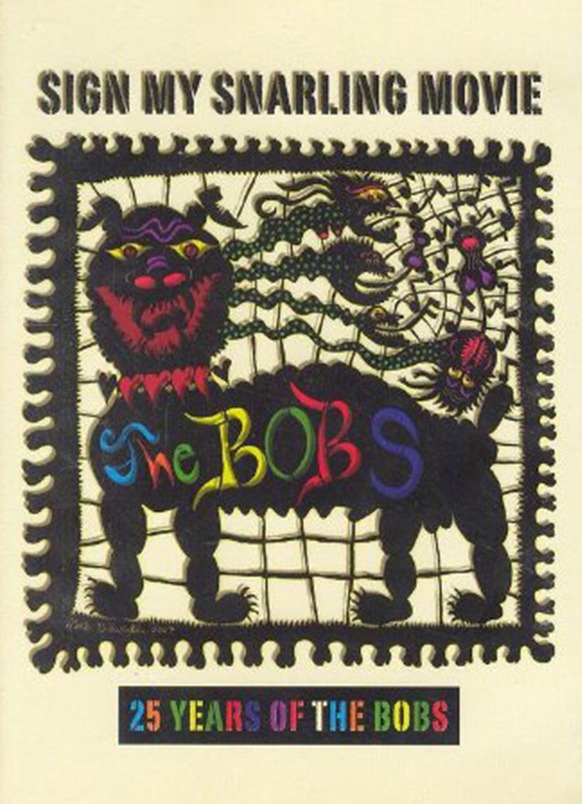