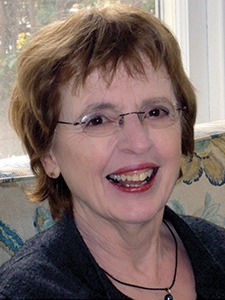 Gabrielle B. Burton (Writer and Co-producer)

Award-winning novelist and screenwriter, Gabrielle was named a Nicholl Screenwriting Fellow by the Academy of Motion Picture Arts and Sciences. She won the Mary Pickford Prize from the American Film Institute (where she received an MFA in Screenwriting). She also won the Austin Film Festival’s top prize for screenwriting the same weekend she was selected as one of only eleven international writers to attend the Equinoxe Screenwriting Conference in Bordeaux, France. She was the recipient of Arts Council grants and was selected to participate in the Independent Feature Project (IFP) Screenwriting Lab. Her screenplay, MANNA FROM HEAVEN, was produced by Five Sisters Productions and distributed by MGM/Sony. Burton’s most recent novel, IMPATIENT WITH DESIRE: THE LOST JOURNAL OF TAMSEN DONNER (Hyperion), was awarded the Western Heritage Award for outstanding novel. Her memoir, SEARCHING FOR TAMSEN DONNER (U of Nebraska Press) is part of Tobias Wolff’s American Lives series. Her novel, HEARTBREAK HOTEL (Charles Scribner’s Sons) was awarded the Great Lakes Colleges Association New Writer’s Award, and the Maxwell Perkins Prize, and was reprinted by the prestigious Dalkey Archive Press that selects one book a year to keep in print in perpetuity. She wrote the non-fiction book, I’M RUNNING AWAY FROM HOME BUT I’M NOT ALLOWED TO CROSS THE STREET, a primer on the Women’s Movement. Her articles, essays, and reviews appeared in national publications including the Washington Post, Family Circle, Ms. Magazine, and The New York Times. Politically passionate and engaged, she was a delegate for Shirley Chisholm’s run for President, a member of peace and equal rights groups. She worked as a public speaker, as well as judge for literary prizes, was a Member of the Ossabaw Island Project, a Yaddo fellow, a MacDowell Colony fellow, and the Bernard De Voto Fellow in Non Fiction at the Bread Loaf Writer’s Conference, and was also a member of The American Heritage Dictionary Usage Panel. Burton died of pancreatic cancer in September 2015; she had just finished a book about aging and living fully called DON’T SIT DOWN YET (http://gabrielleburton.com/dont-sit-down-yet/).