TEMPS is a comedic slice-of-life feature film about the non-Slackers — or people who work.

In this quirky comedy, five friends in their late 20s are plunging headlong into a “quarterlife crisis.” With seemingly limitless options, will Jane find a job that’s more than just a fling? Will Georgia’s short term compromises lead to her long term goals? Can Jonah be happy doing what he’s good at? Should Ben go corporate in love as well as work? Can Ally find some answers to these questions?

Starring GABRIELLE BURTON (Outsiders, Foxcatcher), TIM BOHN (Friends, Lois & Clark), ROBERT PEMBERTON (Guiding Light), KATRINA STEVENS (American Playhouse’s Grapes of Wrath), URSULA BURTON (The Office, Divine Secrets of the Ya-Ya Sisterhood), and SEYMOUR CASSEL (Faces, Rushmore, The Royal Tenenbaums). In this slice of life comedy from FIVE SISTERS PRODUCTIONS (Just Friends, Manna From Heaven, The Happiest Day Of His Life), the gang of TEMPS learns that you don’t need to have everything to have enough.

“Dead-on take of a generation at the crossroads.” – Variety

“What’s not to admire about the spunk of the young, multi-talented Burton sisters whose family’s creative gene pool not only spawned the film’s director, but also its scriptwriter and several of its actors?” – Immagine Magazine

“As it progresses playfully and casually towards it’s end, it arrives at some essential, true-to-life conclusions.” – New England Film Magazine

Temps focuses on people who are trying to commit to work and relationships while considering various issues-such as work’s being less and less committed to the worker and increasingly offered on a temporary basis, as well as the idea of one’s personal identity’s being defined or associated with work.

TEMPS is an ensemble comedy which stylistically echoes the art-house films of the ‘70’s, offering an episodic, slice-of-life glimpse into the lives of five people and their different attitudes towards their work and their lives. Through a balance of humor and drama, the action and psychological development subtly unfold, exploring the conflicting pressures of professional and personal choices that are a part of the new American workplace.

Raised in a privileged world, always told they could do anything, these five characters are challenged both by so many options and by their quests for perfection. TEMPS captures the moment of transition in these characters’ lives when they learn that some readjustment and some imperfection is necessary in realizing their dreams. 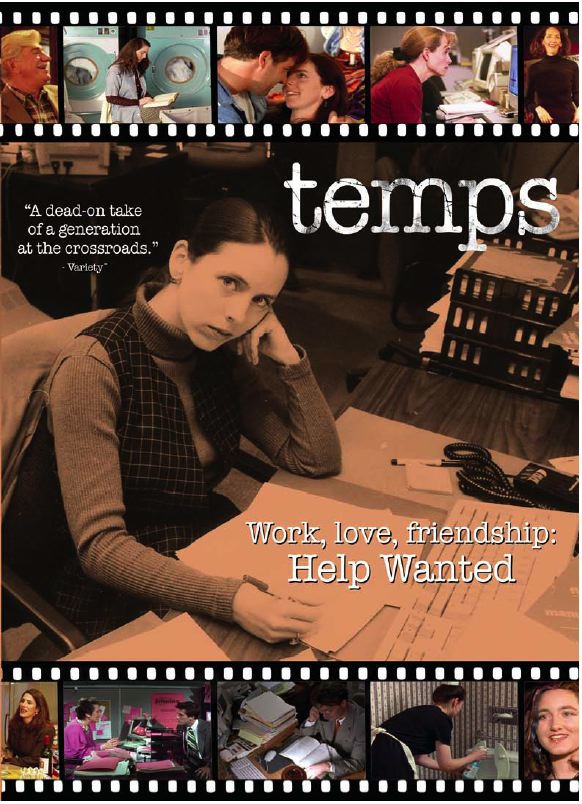 
For more information about TEMPS developing
into a television series, contact:
Jeff Jacobs at CAA, 310-288-4545